TV Shows Futurama
Who are we and why are we making Kinorium... 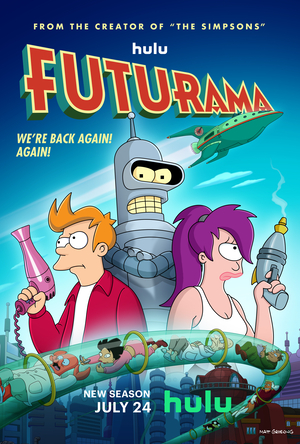 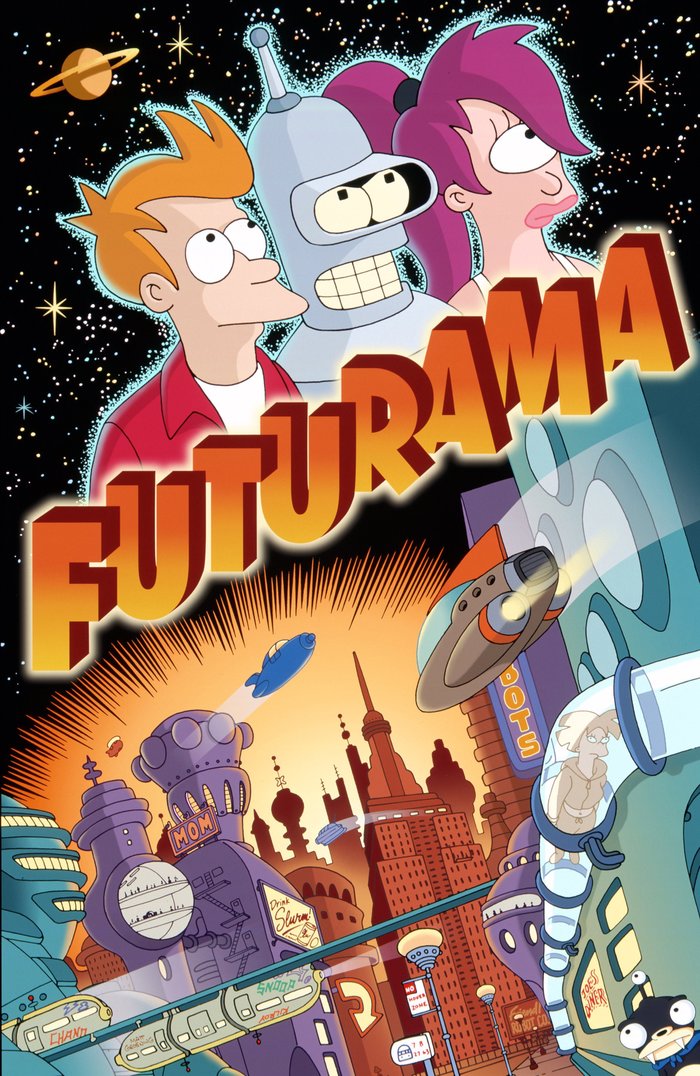 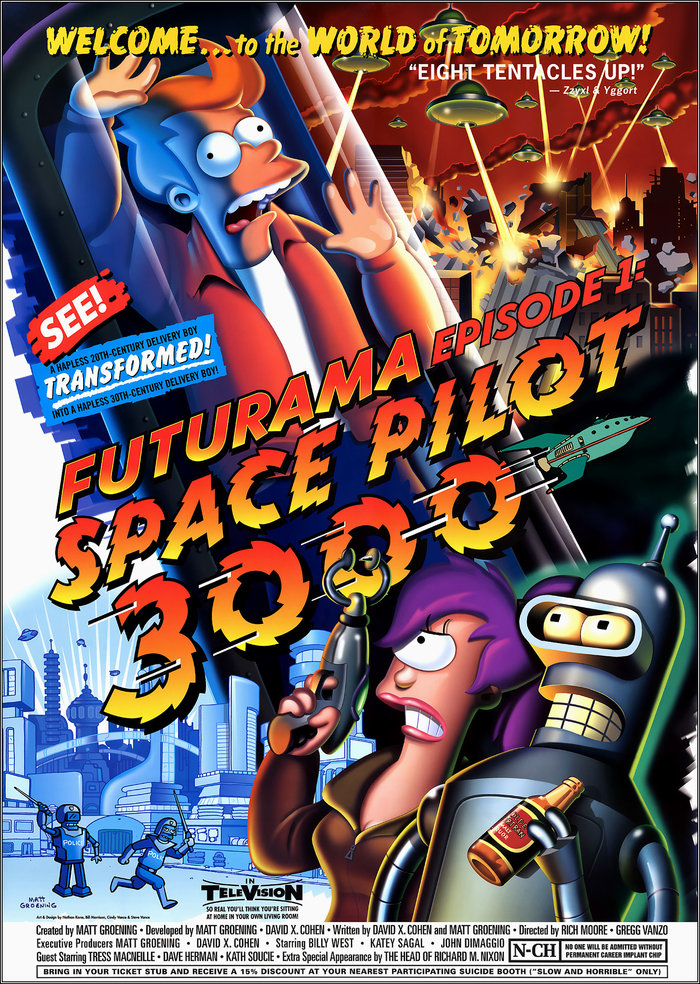 The Series Has Landed

Fear of a Bot Planet

A Fishful of Dollars

A Big Piece of Garbage

Hell Is Other Robots 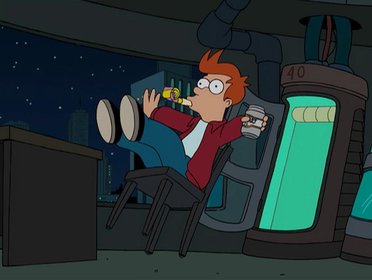 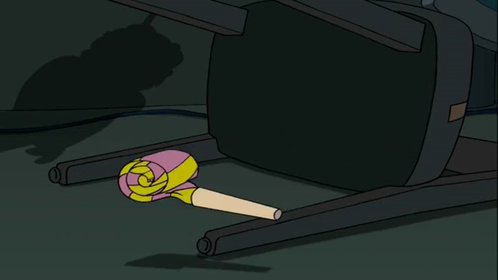 Futurama: Into the Wild Green Yonder 2009
All connections

Similar Titles There are no similar titles yet, but you can add them:

Groening, working with David X. Cohen… shows he has learned the most important Simpsons lesson well: The more human the backdrop, the better t...

[Matt] Groening and [David X.] Cohen hardly envision the terrain of tomorrow as flawless, but its permissive attitude toward love of all mutant sha...

Mandy Patinkin, an actor not known for humor, is particularly wonderful as Inigo, a Spaniard out to avenge the death of his father at the hands…

The series' success will depend less on the Jetsons-style sight gags than on the characters' personalities, which, for now, aren’t nearly as...

It’s not quite the revelation that The Simpsons was, but Futurama contains enough inventiveness and heart to make it a worthy follow-up.

It isn’t even quite the «Jetsons With Attitude» that we might have expected. But the animation is richly textured, and there are enough irrev...

It has taken Matt Groening a full decade to create a followup series to his reliably riotous series, The Simpsons, but his new effort which is...

Much as I’d love to despise the spawn of someone whose works intrude so rudely on what might once have passed for imaginative, individual, ci...

Most heartening, this Futurama doesn’t feel like an exercise in nostalgia, like some old rocker returning for a greatest hits tour.

It whips along at a cracking pace, fueled by spanking new ideas, smart one-liners, visual gags and the obligatory cheeky references.

Truly, not many other shows besides Futurama could pull off something as concurrently gross and sweet as this.

Futurama is definitely a Groening creation. The characters have the same bug-eyed, chinless faces and the sensibility is mildly anarchic and a...

The premiere has the wonderfully distinctive geekiness but not the toothy bite of «The Simpsons," which was something spectacular to behold from th...

The show lacks the vision of The Simpsons, the snappy rhythm and the kind of far-reaching humor that keep it dizzyingly smart even after a dec...

Still, a stream of nerdy randomness makes up for the wobbles, and at its best, it’s as sharp as the day it left us.

This widely anticipated series falls short of The Simpsons in two respects: It isn’t especially funny. And the characters aren’t that a...

This is a series content to muddle about in its clearly established comfort zone, knocking all the low hanging fruit off the branches, occasio...

Besides the spotty writing, the overriding problem with Futurama is that the show really isn’t satire (What are we to relate to? That the New...

The wait was worth it. Although the pilot, setting up the story, seems slightly thin, Futurama promises to give Groening a new forum for his t...

Futurama is funny, sometimes hilarious. But you can put your brain in neutral for the whole enjoyable trip.

The future, you’ll be happy to know, is now.

Groening again shows his talent for split-level wit which caters alternately to adults and children. Futurama will never match the international im...

Thanks to Matt Groening’s freewheeling, signature impertinence, Futurama is a fresh jolt of astute cartoon lampoon.

The most interesting thing about Fox’s latest animated show, Futurama, is that it’s not very interesting… The pilot is flat-out unfunny.

Futurama gets off to a slick, fast start, with plenty of the sly asides and visual gimmicks that make The Simpsons so watchable.

Episode 7: While making a delivery to a planet of liquid beings Fry accidentally drinks the Emperor. Drinking the Emperor? I’d say the f...

Futurama makes for spectacularly conventional, unimaginative sci-fi. And it’s barely funny, even for a pilot or the more narrowly focuse...

Let others drool in anticipation of the forthcoming Star Wars prequel. Force, schmorce: we’ll happily settle for the adventures of Fry and hi...

If those 15 producers and their countless associates can bolster their good intentions with some more comic fire, this richly drawn show...

The Lord of the Rings: The Rings of Power
7.3

Attack on Titan Shingeki no Kyojin
7.2