TV Shows The Witcher
Who are we and why are we making Kinorium... 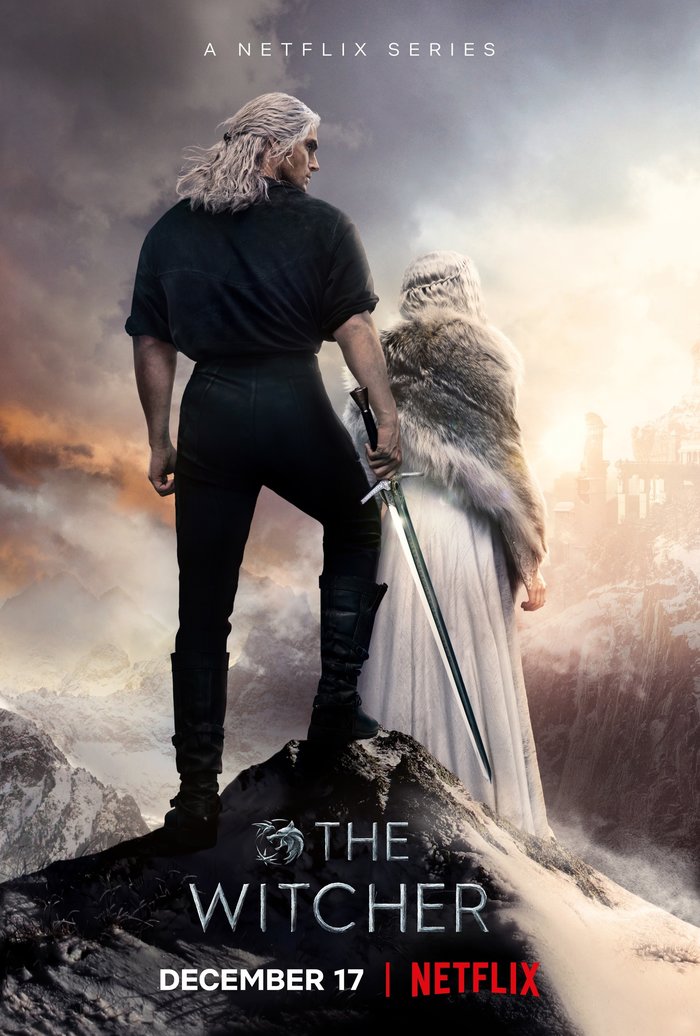 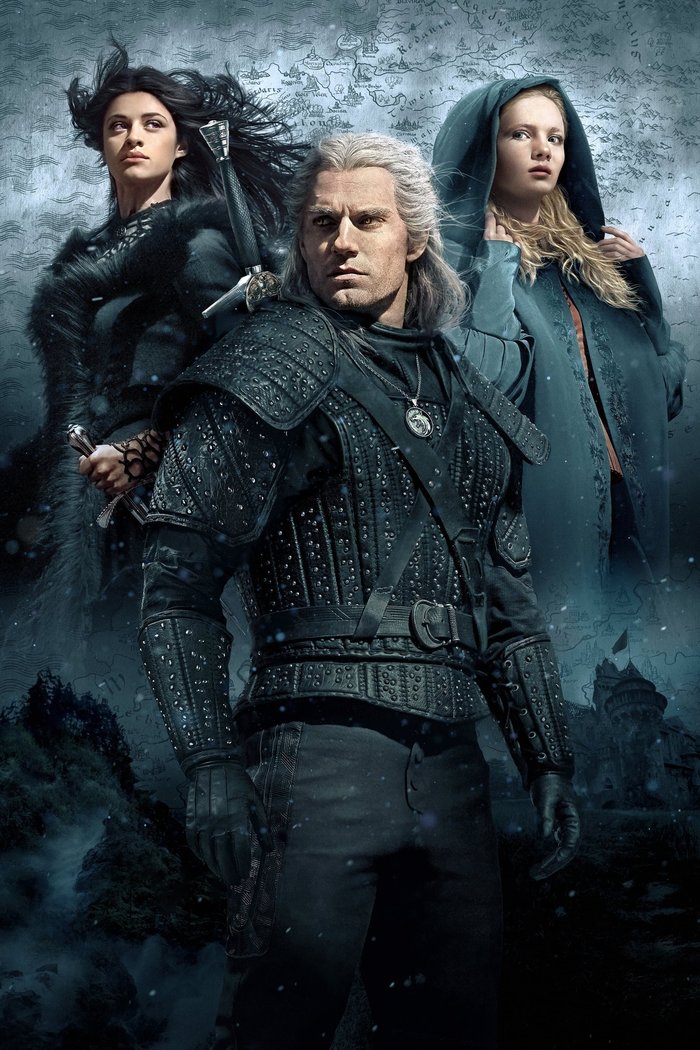 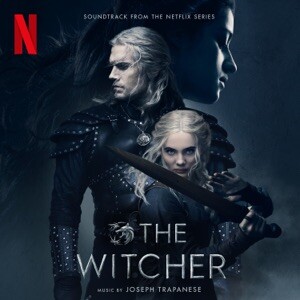 The Witcher: Season 2 (Soundtrack from the Netflix Original Series)

Of Banquets, Bastards and Burials 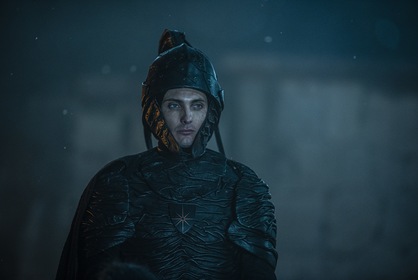 Andrzej Sapkowski's The Witcher book series was initially scheduled to be adapted into a standalone Netflix film, but Kelly Luegenbiehl, Vice President of International Originals at Netflix, dissuaded the producers. She recalled asking them, "How can you take eight novels and just turn it into a film? There's so much material here. Through a number of conversations, the producers got really excited about the idea of using the source material for a longer-running series." In May 2017, Netflix announced the start of production on an English-language drama TV series based on the books.

The Witcher: Nightmare of the Wolf 2021
All connections

The Hexer Wiedzmin 2001
All connections

Similar Movies and TV Shows There are no similar titles yet, but you can add them:

Given the complexity of The Witcher’s world, it’s probably for the best that the show’s actual introduction is so simple.

The Witcher plods along on its wayward course, piling on complications that, by and large, fail to consistently create the type of urgent stakes-or...

Watching the foundation get laid isn’t always exciting, but it does feel like showrunner Lauren Schmidt Hissrich is building toward rousing s...

All of this exposition would make for a tough to-do list under the best circumstances, but The Witcher heightens our confusion by fumbling det...

…if it sounds like that could be fun, you’re right. The Witcher has a lighthearted sense of humor.

I suppose we, dead baby included, can’t be as lucky as Henry Cavill’s leather, only experiencing The Witcher in tiny doses and getting...

I entirely expected Season 2 to be more of the same. It’s not. It’s better, at least based on the first four episodes…

Is its sales pitch of destiny and chaos basic pandering to people who miss a certain HBO drama with dragons? Certainly. It also happens to be...

Season two allows a deeper exploration of the forces motivating its characters.

Among the many things this show does right is defy the ancient sword-and-sorcery traditions of the white knight savior and the goodness of some kin...

With its shocking plot twists, dark themes and giant budget, Thrones became a phenomenon and a cultural touchpoint.

In its attempt to build a bigger world, the series falls prey to more fantasy tropes than it masters.

In a world where high fantasy needs to take itself seriously in order to be taken seriously, The Witcher just about manages to be something qu...

Will you like The Witcher if you’re a curious neophyte? Maybe, but you have to be patient with it, and if that’s not your job, the...

The bats – energy driving a slew of increasingly odd choices makes for a pretty entertaining spectacle.

In contrast to its halfhearted approach to exposition, the series finds its footing in the graphic depiction of violence.

It ain’t exactly Game of Thrones.

This is a show with moments of drama and of gruesome violence cut through with a glancing humor that too often feels tossed-off and out-of-pla...

Season 2 is absolutely packed with action as well as essential world building that adds up to a show that is, once again, incredibly fun...

In the most pleasant surprise of all, the series feels more emotionally effective than it ever has before.

It relies so much on the gameplay of it and what people love about the game, it’s like they forgot how to make a TV show.

So yeah, this is some high-school level Dungeons & Dragons role play with a multi-million-dollar budget.

Lauren Schmidt Hissrich’s show spares little expense, but the plot is so distended and fantasy tropes so enthusiastically familiar that you m...

It’s great fun provided you’re willing to buy into the Playstation 4 quality of the whole thing.

If you like your costumed fantasies mythology-forward and you find the mechanics of world building to be an end in themselves, then this new, more...

The Witcher, by contrast, is more muddled than Machiavellian – and also, perhaps, the mother of all missed opportunities.

The Witcher has ways of keeping your interest up…

At the end of each episode, I absolutely did not stand up; scream, «What the hell was that?!»; and then tell everyone within earshot what I’d...

The Witcher is a messy tangle of plotlines in a world underdeveloped to the point of obscurity.

Who was that character? Which group do they belong to again? What timeline are we in? The whirlwind of scarcely explained backstory turns you into...

Between its discussions of prejudice and a colourblind approach to casting, The Witcher feels like’s filling a niche in fantasy sto...

The show remains uneven and somewhat impenetrable to anyone not truly invested in it, which isn’t helped by the long layoff.

Henry Cavill plays the title role in The Witcher, but giving a pulse to this dreary medieval fantasy series is too much of a job even for Supe...

This is pi … ts comrades. For almost two years, take off such a hat. Season 2 is mediocre. Yes, the visuals and graphics were improved, but everything else, the script, the dialogues. This is very bad. I xs what kind of person do you have to be with a low consumer standard so that you can like this Translated to English

Inappropriate diving (although it could have been provided normally), and instead of the goner Geralt, there is some Leto from the Gulet. I’m not even going to watch this shame. Translated to English

I liked the first season, but not that great. Just great. There were many interesting and exciting moments, but that’s it. So I didn’t really expect a sequel. The second season is out. And he turned out to be cool. I am delighted. Now I’m really looking forward to the sequel. Translated to English

Decided to rewatch after reading the books and playing the games. The series omits important moments from the books, replacing them with some kind of gag. Probably only a couple of actors, such as Tissaia and Cahir, are suitable for the roles of characters. Interestingly, in the next seasons there will be at least one beautiful sorceress?) Translated to English

I’m rewatching it right now before the second season and I get high like crazy, sorry not sorry. Maybe if I was more immersed in books / games, I would have spat like the rest, but in isolation – a very solid fantasy for me, except that the non-linear narrative is a little confusing … Translated to English

After the second series, the series became based on Sapkowski. His characters and the essence of the conflict remained, but the whole plot was redone. His spirit is nevertheless felt. I still can’t understand my feelings, whether I like what I saw or not, and rate the season. Translated to English

i must say that for fans of Mr. Sapkowski’s work, this, of course, is a hell of a thing. but. the point here is to abstract. and then you get a good fantasy. however, for those who have not read, there is a problem: constant jumps in time, which are understandable only to those who are in the subject. Translated to English

For the efforts and preparation for the role of the Witcher, Cavill draws this series. Not only many will remember him for the role of Superman. You have to try everything. The series has several questions. But that’s political correctness. Without it, nowhere. Translated to English

Incomprehensible trash porridge, absolutely unwatchable for those who are not familiar with the Witcher universe :( Translated to English

I can say that if you liked the first season, the second, in my opinion, is better done. So if you like this genre, I advise you to watch. Translated to English

A spit in the soul of the fans, of the pluses only Cavill and the scene of the massacre in Blaviken Translated to English

Alas…the second season didn’t live up to expectations. Stretching an owl onto a globe is petty for such a massive project. Translated to English

Everything I feared came true. The Witcher is a Slavic, harsh fantasy – this is exactly what the local showrunner does not think. cd project red is responsible for the interest in the series, without them I don’t even know what the ratings would be. Translated to English

Tale of the Nine Tailed Gumihodyeon
8.3

Attack on Titan Shingeki no Kyojin
5.8