Animation Futurama: Bender's Big Score
Who are we and why are we making Kinorium... 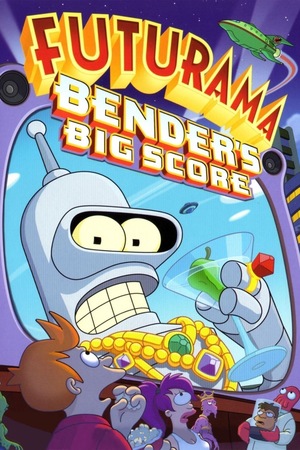 Planet Express sees a hostile takeover and Bender falls into the hands of criminals where he is used to fulfill their schemes. 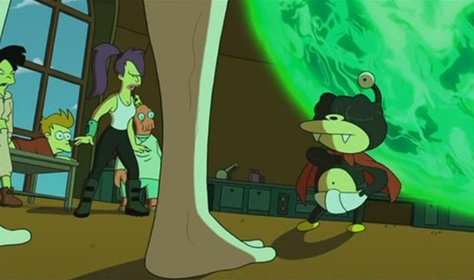 In February 2007, Futurama co-creator Matt Groening addressed speculation as to whether Futurama had been revived in episodic or feature film form, explaining that the crew is "writing them as movies and then we're going to chop them up, reconfigure them, write new material and try to make them work as separate episodes". A preview of the film was shown at Comic-Con 2007. It was also reported at Comic-Con that once the movie is "chopped up" it will be reconfigured into four episodes that will be broadcast on Comedy Central on March 23, 2008. The same will be done with the succeeding three movies, creating a sixteen-episode fifth season. The voice recording finished on July 3, 2007. An official trailer was released on October 10, 2007.

Futurama: Into the Wild Green Yonder 2009
All connections

Similar Movies There are no similar titles yet, but you can add them:

A Terrifying Message from Al Gore 2006

The Guardians of the Galaxy Holiday Special
7.5

Everything Everywhere All at Once
7.7

All Quiet on the Western Front Im Westen nichts Neues
6.2

Venom: Let There Be Carnage
6.3

The Greatest Beer Run Ever
6.8

Where the Crawdads Sing