TV Shows Brickleberry
Who are we and why are we making Kinorium...

A group of never-do-well forest rangers are facing the shutdown of their National Park when a new ranger arrives to help transform them and save the park.
3 seasons, 36 episodes 13 hr 12 min
s1: e1— Season 1, Episode 1

Saved by the Balls 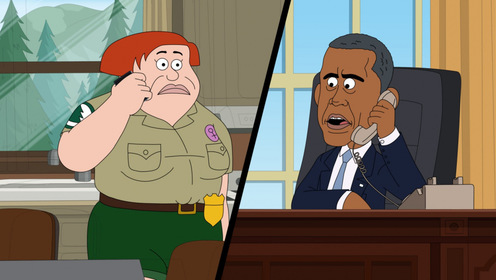 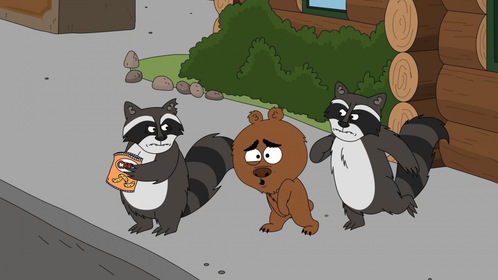 The series' creators, Waco O'Guin and Roger Black, met at the University of Georgia in 1999. The series' origin came from O'Guin's father-in-law, a retired park ranger who took his job very seriously. He and Black found his seriousness hilarious, and began first envisioning the show in 2003. The two began pitching Brickleberry as a live-action program after the cancellation of their sketch comedy show Stankervision on MTV2. It was adapted for animation because of budget concerns. Fox Broadcasting Company ordered a pilot episode in 2007, but passed on the series, finding it too offensive. The duo's agent at William Morris Agency connected them with comedian Daniel Tosh, then growing in popularity due to his Comedy Central series Tosh.0. Tosh had been looking for other projects outside of his program and put his support behind the show, which they pitched to Comedy Central. The network wanted them to develop another pilot pitch, which they refused, taking it to Adult Swim, who were prepared to order 10 episodes of the comedy. Comedy Central then relented and purchased the show, ordering a 10-episode first season in 2011.

Related TV shows There are no related titles yet, but you can add them:

The roster here is a monument to wasted talent and dreadful writing.

Am I Being Unreasonable?