Movies PAW Patrol: The Mighty Movie Actor Dax Shepard
Who are we and why are we making Kinorium... 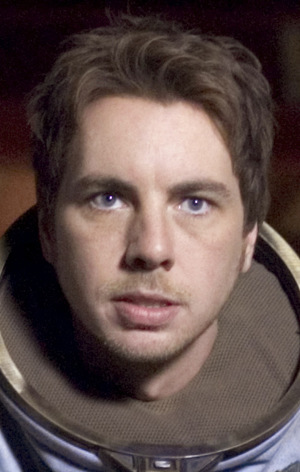 Shepard was born in Highland Township, Michigan, in suburban Detroit. He is the son of Laura LaBo, who worked at General Motors (GM), and David Robert "Dave" Shepard Sr., who was a car salesman. His parents divorced when he was 3 years old.

Shepard's mother developed a substantial business by the time he was in high school. She worked car shows with traveling events at race tracks. She started as a janitor on the midnight shift at GM, then worked in fleet management at the GM proving grounds in Milford, Michigan, then hosted hospitality days for all the GM family members, eventually moving into public relations at an ad agency. She went back to GM, becoming the owner of four shops that managed publicity events for magazine journalists. From the age of 14 to 18, Shepard worked for his mother on the road, going from racetrack to racetrack. For about two years, Shepard had a stepfather who was an engineer on the Corvette. Shepard's mother has been married four times; Shepard said he's had three stepfathers.

According to Shepard, his mother named him for the rich playboy Dax (Diogenes Alejandro Xenos), in Harold Robbins' novel The Adventurers. He has an older brother, David Shepard Jr., who lives in Oregon, and a younger half-sister, Carly Hatter, whom he cast in two films: 2012's Hit and Run and 2017's CHiPs. He is also distantly related to George Washington, through marriage, on his mother's side.

Glass Onion: A Knives Out Mystery
6.9

The Banshees of Inisherin
6.1

All Quiet on the Western Front Im Westen nichts Neues
6.6

Doctor Strange in the Multiverse of Madness
7.5

Attack on Titan Shingeki no Kyojin
7.8

Tale of the Nine Tailed Gumihodyeon
8.2